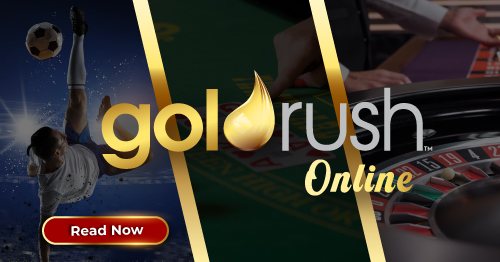 Trying hard to get your big win? Get some inspiration from some of these largest wins in gambling history.

All of us dream of winning that big payday while gambling, even those of us that are only casual punters. When you win a big jackpot, it can be a life-changing moment. If you’re looking for some inspiration, check out this list of some of the largest wins in gambling history - as some ordinary people struck it rich, while some wealthy individuals got even wealthier.

Beverley Whitten is perhaps the perfect example of a regular person who reaped untold riches playing her favourite game.  A retired teacher, Whitten won her $3.7 million kitty while playing on a Golden chambers Slot in 2006.  It’s said that she asked the casino for her winnings to be paid in deferred monthly payments.

If you’ve ever felt frustrated that you just can’t get a win after hours on the reel machine, then this story might serve as an inspiration.  Amy Nishimura bided her time and even spoke to the machines she played for three straight hours at the Fremont in Las Vegas. This persistence seemed to work, as it resulted in her winning $8.9 million from a $100 bet!

A Norwegian player known only by his first name, “Peter”, is renowned for having the single largest online gambling win in history.  When Peter decided one day to try his luck on Arabian Knights, a progressive jackpot reel game, he lucked out by winning more than 11.7 million Euros.  This truly proves that you never know when you’re going to get lucky!

Into betting on poker? Maybe you can take some inspiration from Antonio Esfandiari, who is believed to have achieved the single largest poker win in history at the Big One for One Drop tournament in 2012. Esfandiari, who is nicknamed “the magician”, won $18.3 million at a World Series of Poker event. On top of this cash, he also won a platinum bracelet worth nearly $5 million.

Sometimes, all you need is one shot to become rich. An elderly woman from California named Johanna Heundl proved this to be true when she bagged a $22.6 million jackpot on one quick spin on a Megabucks machine, using only $170.

Winning $39.7 million on the reels can draw some attention to you, especially if you then become the biggest reels machine winner ever. Perhaps that’s why the software engineer who bagged this huge payday chose to remain anonymous. He struck it lucky at the Excalibur Hotel and Casino with the relatively tiny amount of $100.

So this one didn’t happen suddenly - it happened over 30 months. A Greek immigrant named Archi Karas used his expert be on poker skills to acquire these vast winnings in one of the most notable poker runs in history and it managed to net the immigrant a huge payday.

The late Australian billionaire and media mogul, Kerry Packer, might have been better known for helping to introduce coloured clothing and day/night cricket thanks to his breakaway World Series cricket, but he was also a legendary gambler. In fact, he is estimated to have achieved the largest win in modern gambling history (the win was so big, there was no definitive record about how much money he really won).  Packer apparently won as much as $40 million in a single night having wagered $250,000 at the MGM Grand casino.

Strike it big with the Goldrush Group

Want to join these lucky people in bagging a huge payout? There are so many opportunities to strike it rich in the Goldrush Group, with multiple forms of entertainment on offer, including Gbets Online, Goldrush Online, Retail, Bingo, and Lpm - all of which are backed by RECM calibre. Play Now!