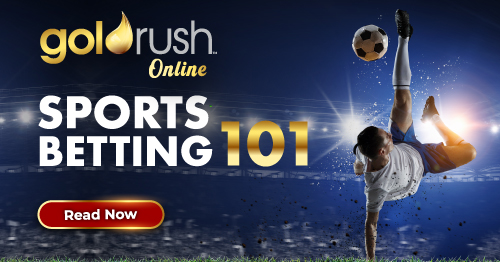 Sports betting is truly an evolving and exciting industry.  Numerous sports lovers have managed to merge their passion for sports with their passion for games of chance, thereby adding even more excitement and rewards to their “love of the game”. For some, this passion has turned into a highly profitable industry and one they take very seriously.

Check out some of the most successful sports bettors around:

With 30 consecutive wins, Walters is rightly known as one of the most significant sports bettors ever. Walters is estimated to have made between $50 and $60 million at his peak and even merged with a company called the Computer Group, which propelled his betting career exponentially for decades.

Vougaris is considered to be one of the innovators in the sports betting world and could even be considered the single most successful bettor in history. He took an interest in betting in his early 20’s and by age 25, he would sometimes earn $1 million a day. His vast sports knowledge even led to him acquiring an office job at the Dallas Mavericks basketball team.

Besides his success as an actor in movies and TV shows such as That 70’s show and Two and a Half Men, Kutcher is renowned as an innovative entrepreneur. What is less well known is his successful exploits in the betting world.  Kutcher has proven that he is a smart and committed bettor, having won nearly three-quarters of a million dollars in four weeks of betting on football.

Holzhauer is a professional gambler, who has encountered immense success, having won 32 games that netted him $2,462,216 in cash. His victories have been achieved thanks to tactics that combine the use of complex algorithms. Holzhauer is also the third-highest earning American game show contestant of all time. He is best known in this regard for a 32- game winning streak as champion on the quiz show Jeopardy, from April to June 2019.

While Floyd may be better known for his impressive boxing exploits and the controversy that always seems to surround him, he is also an accomplished sports bettor. His thirst for making money has seen him place numerous significant bets, but the standout is 2012 bet on the college football game between Oregon and Arizona. A $1.7 million stake netted him a cool $1.1 million profit!

Curtis “50 Cent” Jackson doesn’t just ply his passion into music, but into sport as well. In 2012, he posted about a $500,000 victory on his social media platforms, and in 2015, he won big time after placing $1.6 million on Floyd Mayweather to beat Manny Pacquiao (Mayweather won).

Entrepreneur and billionaire Bloom is renowned for his sports betting success. The owner and chairman of Premier League football club Brighton & Hove Albion is known to place vast wagers on certain sporting events and is famous for making the correct choice.

Pete Rose is perhaps one of the most controversial people on this list, as this baseball legend was thrown out of the Baseball Hall of Fame in 1991 for betting on his team while managing the Cincinnati Reds. It is estimated that he would bet between $10,000 and $20,000 every day.

In his prime, Jordan was probably the most famous and recognisable athlete on the planet. What’s less well known is that The Chicago Bulls basketball player had a real penchant for gambling. And while he lost a considerable amount of money in his betting ventures, he also made a fortune that swelled his already considerable bank account.

If you have dreams of emulating these illustrious sports bettors, then visit www.gbets.co.za now and place your bets on a wide variety of sports and leagues - including football, rugby, cricket, F1 racing, tennis and so much more.