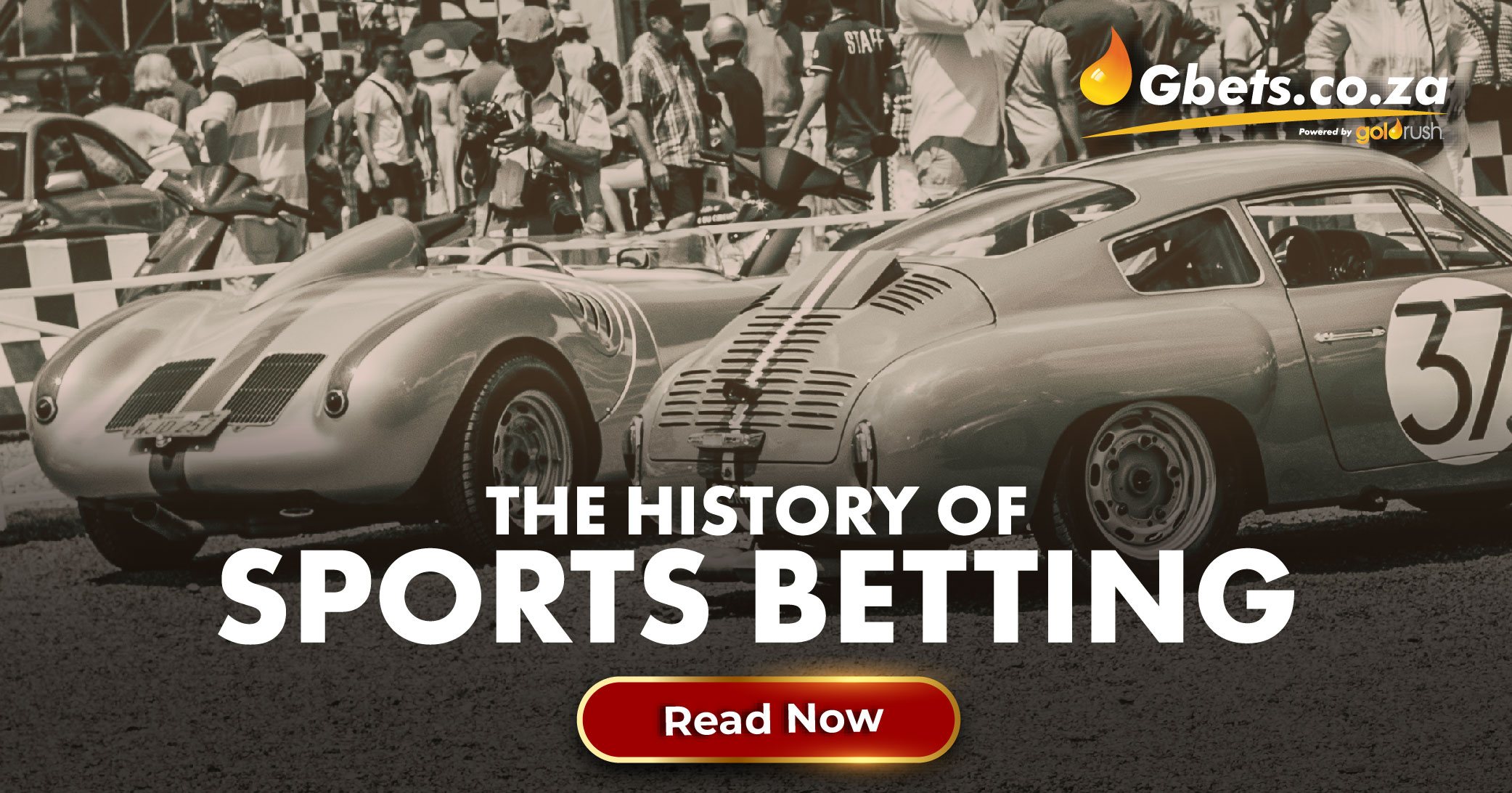 In recent years, South Africans have fully embraced sports betting, combining the traditional local passion for sport with the thrills that you get from playing games of chance. You could even argue that the excitement and anticipation associated with sports betting are similar to the pressure that international athletes and sportspeople experience on the field of play.  Well, it’s certainly the only way that most of us unathletic mortals would be able to get even close.

But sports betting has only become a prominent feature of the gambling world in recent years, despite a long history. Want to know more? Read below to find out.

How it all began

The history of sports betting goes back a long way- more than 2,000 years in fact. The Ancient Greeks had a particular affinity for sport, and this resulted in them starting the Ancient Olympics in Olympia, Greece. Along with the commencement of this competition came the first records of sports betting. The ancient Romans though were the first to legalise sports betting, betting on the outcomes of gladiator games.

Subsequently, sports betting spread to other parts of the world in various forms, but you wouldn’t be able to really describe some of these activities as “sport.”  For example, at carnivals and fairs, visitors bet on “shin-kicking”, which literally involved participants kicking each other in the shins until one participant couldn’t stand the pain any longer and gave up. Later, Gambling became popular in England thanks to horse racing.

Informal betting has always been a factor in society, but it was never a widespread practice. In 16th and 17th century Britain, horse racing bets were popular but were only available to the aristocracy, and only horse owners were allowed to place bets on the results of the private races. Horse racing only became available to the public during the reign of Charles II – subsequently, pub owners and innkeepers promoted the sport and became the first bookies, which led to the rise of a variety of side races such as steeple chases.  Due to the abuse of alcohol, the government banned gambling in pubs, which resulted in the opening of betting shops.  In this era, bookmakers would keep track of bets and would often act as arbitrators when disputes arose.

In the US, sports betting was traditionally only legal for wealthy individuals, with horse racing the most popular form of betting. The rise of professional baseball in 1876, heralded the establishment of sports betting for the masses. However, this betting was tainted by entire teams that threw matches.

Sports betting really became big when it became legal in the state of Nevada,  allowing punters to place bets in Las Vegas casinos. If you didn’t live close to a casino though, you would need to find a local bookie, which resulted in the mafia offering illegal and unsanctioned sports wagering and number games.  The police would often turn a blind eye, which meant that punters had no legal recourse if they encountered a dishonest bookie.

In the modern age, sports betting is more popular and more widely accepted than ever before. What you can bet on isn’t limited either to “traditional” sports – you can bet on anything from soccer to the weather. Online betting has shifted things into a new era, with fantasy sports, virtual sports and esports providing even more betting options. You also don’t have to place bets with a bookie in-person, as this can be done online – as is the case with www.gbets.co.za – and you can even watch the match's events unfold via live streaming.  You can also place bets at any time from your mobile device – it has never been more convenient or easy to wager on sports.

Sports betting is here to stay, and we can expect even better innovations and ease of betting as technology imprints a positive influence.Gbets will aim to keep pace with these new developments as we offer you only the best in sports betting, with loads of markets, great odds and a variety of matches and plays to bet on. Play Now