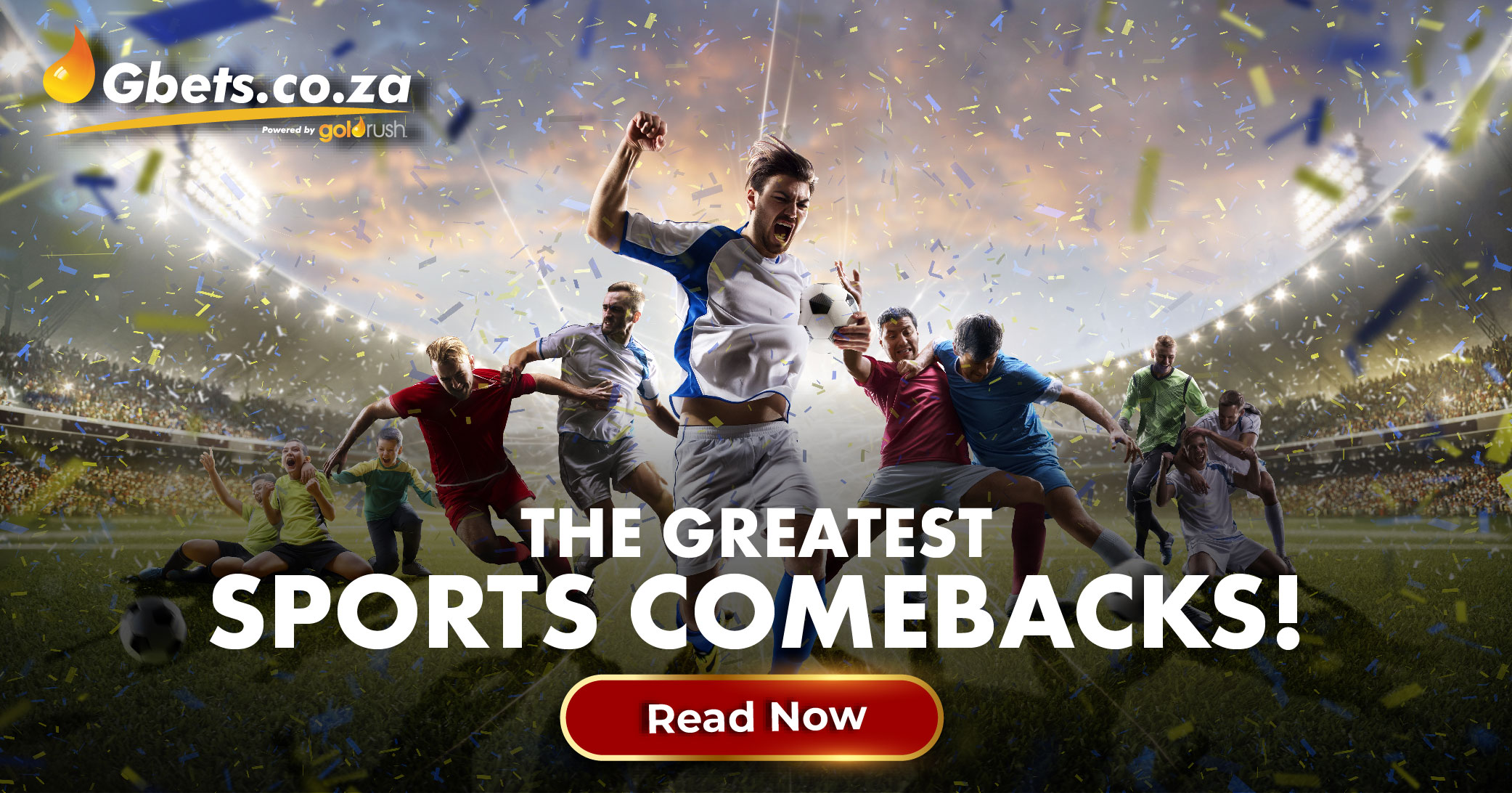 There’s nothing that sports fans like better than a great comeback.  So many sporting contests can become insufferably boring if one opponent completely dominates another, so it is especially pleasing when a contest that seemed “dead” is brought to life by an unlikely and unexpected comeback.  In the world of professional sports, these amazing comebacks are rare, so when they occur, they’re extra special and noteworthy. And with May being the month of finals, we thought that it’s a good time to look back at some of the greatest comebacks in sport:

You might not always associate the word “crazy” with golf, but this comeback can only be described as crazy. In fact, it is still the biggest final round comeback in major championship history.  At the 1999 British Open, Scotsman Paul Lawrie achieved a golfing comeback for the ages, while the luckless French player, Jean Van de Velde , simultaneously committed one of golf’s ultimate “chokes”.

At the start of the tournament’s final day, Lawrie trailed tournament leader Van de Velde by a massive 10 strokes. In most cases, this lead would be insurmountable, and Van de Velde would romp home to victory.

But Lawrie displayed true grit and tenacity, while Van de Velde shot an infamous triple-bogey at the 18th hole which resulted in a tie at the end of the 4th day between Lawrie, Van de Velde and Justin Leonard. In the playoffs,  Lawrie continue his comeback by defeating them both to win the 1999 Claret jug.

Prior to the 1999 Rugby World Cup semifinal at Twickenham, nobody gave France a chance of upsetting the mighty All Blacks, especially considering France’s poor form going into that tournament. Those chances looked even bleaker when New Zealand led 24-10 shortly after half time, following a second Jonah Lomu try. While France had already had their moments in the game, including a stunning Christophe Lamaison try, no one could have predicted what would happen next. France proceeded to score 33 unanswered points, scoring a further three tries, as they eventually ran out winners 43-31.  It’s still considered the greatest comeback in Rugby World Cup history, and one of the greatest fightbacks in the annals of test rugby.

The phrase “a game of two halves” is often used for football and rugby matches, but this phrase has never been truer than as it applied in the Champions League final in 2005.  Liverpool fans travelled to Istanbul, Turkey, with the expectation of winning their first Champions League title since 1984.  Those aspirations seem to be squashed though when the teams headed for the shed at half-time, with AC Milan leading 3-0.  But then the fightback started, with goals by Steven Gerrard, Vladimir Smicer and Xabi Alonso taking the game into extra time. With the deadlock not being broken, the game eventually ended in a penalty shootout, which Liverpool duly won 3-2 in a nailbiter to cap a remarkable comeback.

India comes back from the dead in Kolkata (2001)

It’s pretty rare to win a cricket test match after being asked to “follow on” (bat again immediately after being bowled out. In fact, it’s only happened three times in test history- and the last time it occurred was in 2001, when India played Australia in the 2nd  match of a 3-test series at Eden Gardens, Kolkata. Prior to the match, Australia was on a record run, having won 16 test matches in a row. But they were to be denied a 17th win in an extraordinary match. India was staring down the barrel of defeat having been bowled out for 174 in their 1st innings, after Australia was bowled out for 445 in its’ first innings.

Australia then asked India to follow on 271 runs behind, and while India batted better in their 2nd innings, the match looked over when India were 232 for 4.  Up stepped Rahul Dravid and VVS Laxman, who helped orchestrate a 392-run partnership. India ended up declaring at 657 for 7 on the 5th morning and subsequently bowled Australia out for 212 - with only 7 overs remaining in the day’s play, to complete the most incredible comeback in test match cricket.

When your team’s comeback spawns a stream of online memes, you know that it’s a legendary one.  This comeback was achieved in 2016 by the Cleveland Cavaliers against the Golden state Warriors in the NBA finals. The Warriors, regarded at the time by many to have best squad in NBA history were leading 3-1 in the series and had ended the regular season with 73 wins and only 9 losses.  With that sort of background, a comeback looked highly unlikely for the Cavaliers However, when you have one of the legends of the game in your squad, then anything is possible.

LeBron James, paired with Kyrie Irving, dominated game 5, leading the Cleveland Cavaliers to a 112-97 victory, with both of these players earning a whopping 41 points. Buoyed by their success and the suspension the Warriors’ Draymond Green for an infamous low blow, “King James” scored 41 points again and earned Cleveland an easy 115-101 victory, squaring up the series. In the final and decisive 7th game, the Cavaliers won 93-89, completing an epic comeback and resulting in Cleveland winning the NBA for the first time ever!

Score your own victory at Gbets.co.za

Want to feel the thrill of victory that all these sportspeople felt during their epic comeback? Play at www.Gbets.co.za and experience all the best sports betting action – perhaps your pick will even stage a great comeback to give you a big win!